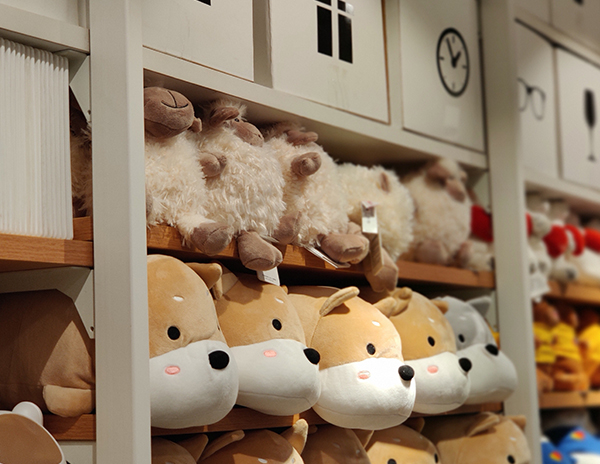 While businesses across the globe are suffering a serious decline in sales, one Christian-owned business is doing its best to protect its staff during the pandemic crisis.

The Entertainer is Britain’s largest independent toy retailer, which operates more than 170 stores. Its owners are strong Christians, with their faith getting them by in one what their owner, Gary Grant, has described as “the most traumatic three months in 39 years” of business.

Gary told Premier Christian radio in the UK that his focus is on trying to prioritize his staff and be fair to the company’s stakeholders, despite all the financial uncertainty.

As the UK’s largest independent toy retailer, which operates more than 170 stores, the company was founded by the husband and wife team Catherine and Gary in 1981, when they purchased a local toy shop in Amersham, Buckinghamshire, England.

Gary started the business in 1981 and runs it with a Christian ethos, allowing staff to spend Sundays with their families, putting Biblical nativity scenes in his shop windows and giving millions to charity.

With all 170 stores closed and no sign of them re-opening any time soon, he spoke to Premier about how he was coping with all the staffing, financial and business decisions he’s had to make because of the coronavirus pandemic.

“They’re (employees) now on full pay to the end of May,” he said. “It’s costing a lot more money than the Government is giving us to give our staff full pay, but what I don’t want to be doing is, on the one hand, supporting foodbanks and, on the other, sending my staff down to the foodbank. That for many of them will be the option – cut in income, can’t afford to pay the bills, queue up to get the food at the foodbank – and that’s not what I want for my staff.”

With great wealth comes great responsibility and as such, as a high profile Christian businessman, he is well aware of his Christian witness as a business owner, asking himself: “Have we behaved fairly? Do our staff think we’ve behaved in an honourable, fair way? Are we being fair in the way we are dealing with all of our stakeholders?”

He added that being “fair” in the current circumstances couldn’t necessarily mean every party in a business being able to honor their former contracts, but “all supporting each other, not somebody wins and somebody loses,” adding that he is hoping to work with all the same landlords, suppliers and third parties again by keeping up good long-term relationships with them.

Mr Grant, who became a Christian after founding the business with his wife, explained that much of their supply chain has currently been changed to help those in poverty: “The Entertainer is working with the Trussell Trust, the Christian foodbanks that operate at 1,200 locations around the country. We’re using our main distribution centre in Banbury, which normally is shipping our 40 artics (lorries) of toys a week, it’s now shipping out 40 articles of food a week.”

Gary Grant describes himself as a “Charismatic evangelical” Christian. Hence, unusually for British retailers, The Entertainer retail locations do not open on Sundays. The business does not sell products deemed to have a connection to the occult, including Harry Potter merchandise.

The company runs the Grant Foundation as The Entertainer’s charitable wing. In line with biblical practice, The Entertainer tithes its profits. In 2002 alone, The Entertainer donated £100,000 to several children’s charities, including The Toybox Charity, a charity for which Gary Grant was a trustee, which supports street children in Guatemala.

In 2005, The Entertainer launched its own Charity Wristband Partnership with 15 charities, raising over £300,000 for a range of different causes.

In August 2011, The Entertainer switched on Pennies, the digital charity box in all of its stores, allowing its customers to round-up their purchases and donate the change to charity when paying by debit or credit card. It was the first high street shop to offer Pennies, joining Domino’s Pizza, Zizzi restaurants and Travelodge at the time. Since its inception, The Entertainer states that Pennies donations have now totaled over £3 million for charity.