Where Are The Churchills Today? The Pandemic and Crisis Leadership 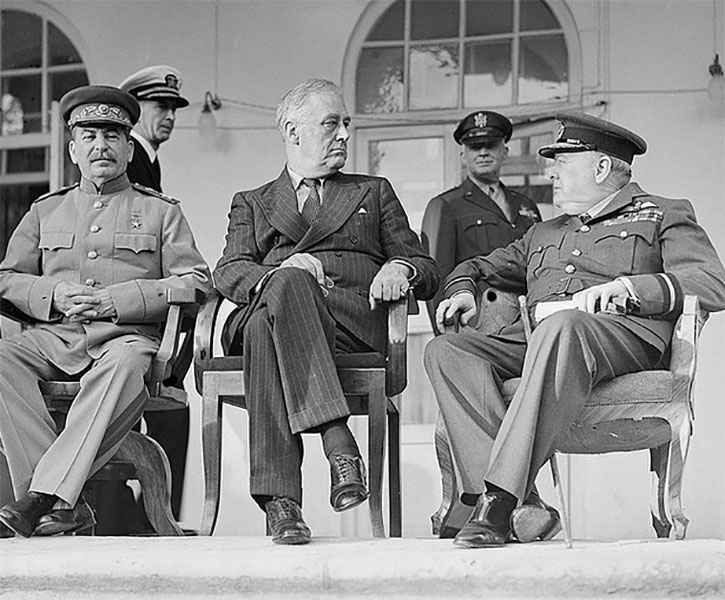 The other night I watched a fascinating documentary about the relationship between Winston Churchill and film producer Alexander Korda. During the challenging days of World War II, Churchill launched an international effort to use filmmaking to inspire and persuade the United States to join the allied cause against Hitler.

Then the next morning, before boarding a flight, I stopped in the airport bookstore and noticed New York Gov. Andrew Cuomo’s recent book, “American Crisis: Leadership Lessons From the COVID-19 Pandemic” and started thinking about the crisis leadership of Winston Churchill versus what we’ve witnessed over the past year from many of our leaders during the COVID-19 pandemic.

We often forget today just how bleak the future looked in London during the war – particularly during the darkest days of Hitler’s relentless bombing of the city. From September 7, 1940, London was systematically bombed by the German Luftwaffe for 56 days and nights. Estimates indicate that more than 40,000 civilians were killed by “The Blitz” and more than a million houses were destroyed or damaged. One of the most historic cities in the world was pummeled, and about 150,000 people sought refuge in the London Underground each night. In 1941 the bombing shifted to industrial cities like Birmingham where tens of thousands of incendiary bombs were dropped which set massive fires, caused staggering destruction, and increased the death toll.

And hanging over everything was the imminent threat of a German invasion.

During that time, Winston Churchill didn’t prattle on, didn’t lecture, and didn’t treat the English like children, he inspired them to rise to the occasion. From his experience as a journalist, he was a gifted writer, and as American reporter Edward R. Murrow eloquently stated about Churchill, “He mobilized the English language and sent it into battle.”

Flipping through Cuomo’s book about his leadership at the airport newsstand this morning, I was reminded that Churchill actually led during the crisis and had the wisdom to wait until it was over to write his books.

I also noticed last week that because of California Governor Gavin Newsom’s leadership during the pandemic, the campaign to have him recalled has gained more than 1 million signatures and continues to grow. You’d probably have to live in California to understand the frustration. Not only do leaders like Newsom and Los Angeles Mayor Eric Garcetti not inspire, they treat citizens like children, and night after night step into the media spotlight and chastise us for not following their demands – which are too often erratic and with no overall strategy.

In the early days of the pandemic, President Trump made a clumsy attempt at trying to encourage the public, but his erratic behavior about wearing a mask and social distancing – resulting in his eventual illness – made a joke out of the crisis. Treating a crisis with contempt is not leadership.

I encourage you to listen to Churchill’s speeches. This is his complete “Finest Hour” speech, and here is an excerpt of the dramatic recreation by actor Gary Oldman from the movie “Darkest Hour” of Churchill’s “We Shall Fight On The Beaches” speech.

In fairness, Churchill didn’t have to contend with social media, partisan news platforms, and fake news. But he also had far less access to the public than leaders do today, so he had to make each opportunity count. He had his own faults and eventually fell out of favor once the war was over, but the public is fickle and when tragedy is averted, we often have short memories.

I don’t know about you, but for a long time I’ve grown tired of being treated like an idiot, watching our leaders pat themselves on the back, and seeing them put millions out of work without ever taking a pay cut themselves. Contrary to their over-wrought attempts to convince us, we are not “all in this together.”

And let’s not forget the hypocritical leaders who refuse to follow their own lockdown mandates. While the people they are supposed to be leading are losing careers and businesses, they consider themselves above the rules – some even crossing state lines to escape their own mandates.

Many can lead when times are good, but the greatest leaders know how to rise to meet a crisis. I’m firmly in the Churchill camp and believe it’s a leader’s job to inspire people to do the right thing. The best leaders don’t lecture, belittle, or condescend. They motivate and encourage the people they lead to rise to the occasion. Dale Carnegie put it this way: “There is only one way to get anybody to do anything. And that is by making the other person want to do it.”

You don’t have to spend so much time making rules if you can inspire people to do the right thing.

Phil Cooke, Ph.D. is a producer and media consultant to churches and ministries across the country. His latest book is “The Way Back: How Christians Blew Their Credibility and How We Get It Back.” Find out more at www.philcooke.com. Image courtesy Wikipedia Commons