The Leadership Lessons from Joe Biden and Afghanistan 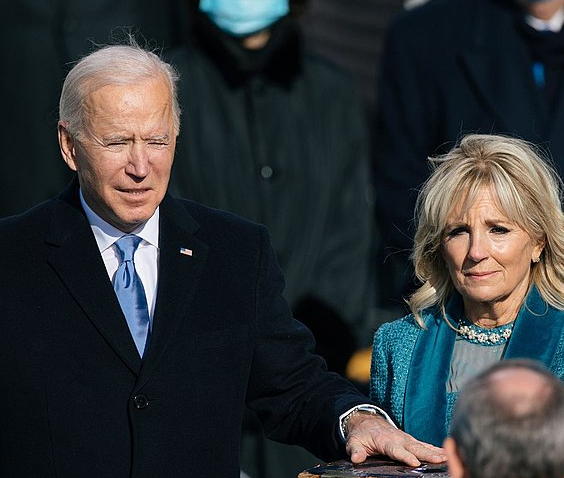 The documentation of President Biden’s decisions surrounding the troop withdrawal from Afghanistan are now legion. But aside from the tragic results those decisions have created, it’s worth looking at what leaders could learn from this debacle. In coming years, we’ll have a chance to see much deeper into this situation and how much it tarnishes his legacy, but for now, here’s a handful of immediate reflections that leaders should consider:

1) Incompetent leaders can rise to remarkable heights. In 1972, 29-year old Joe Biden ran for Senate against Republican Senator Caleb Boggs. I was a senior in high school that year, so that’s a long time. And yet, Robert Gates, who worked with him and served as defense secretary for the Obama administration, has been quoted as saying that Biden has “been wrong on nearly every major foreign policy and national security issue over the past four decades.” Many of the changes he’s proposed so far in his presidency have made many ask why he hasn’t already accomplished these things over the last 40 years while in office. Never be caught off guard by poor leadership. In politics, business or the nonprofit sector, never think every high level leader deserves to be there or is capable of being effective.

2) Fantasy isn’t a leadership strategy. It’s well documented that Biden’s goal was to “bring the troops home” in time for the 20th anniversary of 9/11. That would have been a great victory and scored a lot of political points. But no matter how strong the fantasy, leaders must deal in reality. Ignoring better advice about a more thoughtful and realistic exit strategy, he chose the fantasy instead. It doesn’t matter if a leader’s fantasy is a new product launch, advertising campaign, fundraising strategy or anything else – reality is a brutal wake-up call.

3) Leaders take the hits. In spite of the overwhelming evidence, President Biden still hasn’t admitted he was wrong. It’s been a dark comedy watching members of his team like Secretary of State Anthony Blinken squirm during interviews trying to defend and support the president. But when a leader won’t admit a mistake, his entire team suffers trying to maintain the illusion. In far too many cases that only leads to disunity, frustration, and eventual splits in the team.

4) In a crisis, leaders must face the public. When the tragedy in Afghanistan began unfolding, Biden hunkered down at Camp David and it wasn’t until international criticism from our allies became overwhelming did he emerge from his vacation. But even then he refused to answer reporters questions, and immediately returned to his vacation (another big blunder). Only later did he respond to pre-approved questions. But during times of crisis, leaders must be available, candid, and open. For people to believe you’re in charge, you have to show up. Honesty and authenticity may be painful in the short term, but that builds trust far better than hiding.

5) Good leaders listen to advice. After the disastrous Bay of Pigs invasion, John F. Kennedy created the Executive Committee of the National Security Council whose express purpose was to openly debate issues surrounding national security. Kennedy realized the need to listen to all sides of an argument. President Lyndon B. Johnson actually designated an advisor to be his official in-house skeptic. The best business leaders are willing to listen to opposing ideas. Group-think is a massive mistake for leaders, and if you’re surrounded by yes-men and women, you’re headed in the wrong direction.

6) Finally, never forget that leaders who try to leave a legacy rarely do. A “legacy” isn’t something that’s manufactured, designed, or created. Numerous leaders have become obsessed with their legacy, but legacies are based on how others perceive you and your life’s work. So if you’d like to leave one, stop thinking about it and just get back to work.

I’m sure more lessons will unfold as time goes on, but the important lesson is that during moments of crisis, there is always something for leaders to learn.