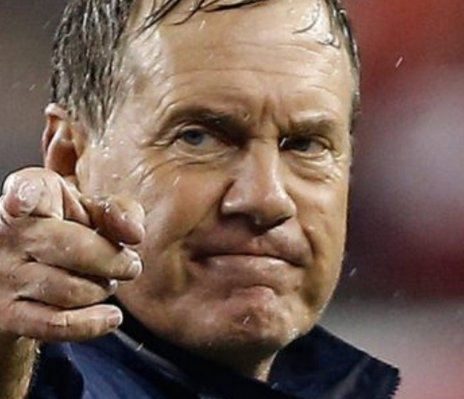 He took a lot of crazy heat over “Deflategate,” but New England Patriots coach Bill Belichick has left his mark. After eight Super Bowls, he’s doing something right. And if you take the time to study his coaching techniques, you’ll find a significant number of areas that would easily transfer to leadership in any organization.

Writing in the Wall Street Journal some years ago, Christopher Caldwell pointed out some key areas that make him a great leader:

1. For Bill Belichick it’s not just about talent, it’s about culture.  He doesn’t find superstars for his roster, he looks for teachability. He would rather teach players to be part of a team, than be individual stars. Keep in mind that quarterback Tom Brady was picked 199th in the 2000 NFL draft.

2. It’s interesting you rarely (if ever) find his players trash talking.  Modesty is an important part of the Patriot culture.

3. Belichick understands versatility.  Football is a game where players are hurt on a regular basis, so he trains multiple people to play multiple positions. Plus, football strategy changes, and he wants players who can adapt quickly and easily.

As Caldwell finished: “As games get more important during the season, teams built around teamwork improve. Teams built around talent wear out. That is why Bill Belichick is once again working during Super Bowl week, after 30 of his 31 coaching rivals have gone home.”

The question is – how can these ideas apply to your team or your career? Here’s my thinking:

– Culture is more important than talent.  Certainly you want talented people on your team, but how they work together is critical. I’ve seen plenty of brilliant individuals flame out when the pressure hits. Great chemistry matters.

– Humility matters.  Arrogance is everywhere in business these days, and it creates enemies. It’s hard for the proud to recover when failure happens. The Bible says “Pride goes before a fall.” Believe it.

– Versatility matters.  Certainly you can’t just switch out everyone – particularly in speciality areas, but it never hurts to have key players who can cover for each other. Plus – having team members who want to help each other out in times of need is a rare and valuable thing.

– Finally – change happens.  Developing a team who understands change and is ready when it comes puts you way ahead of the competition.

Congratulations to the Patriots, and thanks Bill Belichick for continuing to be a great leader.

This article originally appeared at PhilCooke.com. Phil Cooke, Ph.D. is a media producer and consultant to churches and ministries around the world. His latest book is “Ideas on a Deadline: How to Be Creative When the Clock is Ticking.” Find out more at www.philcooke.com.