Going through business challenges? You will get to the other side 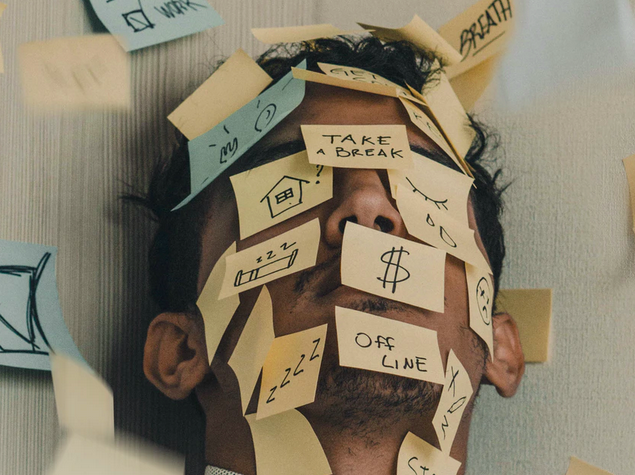 Eleven years ago, my wife and I watched a great new Hollywood movie that just had hit the DVD shelves called Fun With Dick and Jane. Our children were much younger at the time and so we used to tuck them into bed and our ‘date night’ was a rented DVD on a Saturday night.

If you haven’t watched this movie and you have Netflix, I highly recommend it. Essentially Dick (Jim Carey) is given the promotion he’s been striving for. He tells his wife to quit her job, as they are both worn out from working so hard and their only son speaks Spanish, given he is being raised by their nanny, they feel something has got to give.

Dick gets his promotion to VP of Communications, his wife quits her job, and Dick’s first assignment is to go on air with a business analyst as he finds out during the interview that the CEO (Alec Baldwin) has sold off all of his shares and the company is going bust. His job is gone, his wife has left hers, and now they are in a fight to save their home from being repossessed.

When we watched this movie back in 2010, I actually had to turn it off. While it was fun, it was way too close to home and I remember that Saturday night feeling frightened. The Global Financial Crisis had hit us badly; we had to let a lot of staff go and ended up in a six-figure hole. I was only a young man and with three young children, one born in the car only months before, we were literally fighting to survive.

Not only were we trying to turn our publishing company digital, but we were holding on to key staff to help us achieve this, we had a six-figure debt in the business we were responsible to pay back, including to the tax office, various printers and mailing houses, and we had a very big mortgage on our own home to service monthly. This was not going to be easy.

I had to turn the TV off and literally go for a walk around the streets and pray that Saturday night. I was actually in a way worse position than Dick and Jane were.

Fast forward eleven years. Last Saturday night, two of our children were off having sleepovers, the youngest had fallen asleep, one was getting ready for bed, so my wife and I decided, like old times, to watch a movie. As we scrolled through Netflix, we decided to go back and watch Fun With Dick and Jane again.

What a difference eleven years makes. It was such a funny movie, but the key part of this is that it was also a testimony to what God can do if you just stick with Him and let Him guide your life. For me, I just totally trusted God during that process, and He did not let us down. We have paid back hundreds of thousands of dollars of debt without borrowing a cent. We have been growing our company each year – and all when it would have been so easy to just wave the red flag, tell our creditors we were finished, and walk away from all of the mess.

God is good, and so no matter what you are going through right now, it will end. Our period probably took us a good eight plus years to climb back on top, but in the process, we just trusted God, sought Him daily, and He kept giving me ideas and strategies that not only brought in revenue to pay back debt, but also transformed our company.

The next morning in church, our pastor was talking about David and how he made the decision to praise God in the good times and the bad. So no matter what you’re going through, just keep walking, step after step. You will get through this. And if you keep close to God, you will not only get to the other side, but He will turn it all around so that something amazing comes out of your journey.

“And we know that God causes everything to work together for the good of those who love God and are called according to his purpose for them.”
Romans 8:28

Matt Danswan is the CEO of Initiate Media, publishers of Entrepreneur Daily. He is also the author of NOT Business As Usual.