4 lessons entrepreneurs can learn from ‘The World’s Greatest Showman’ 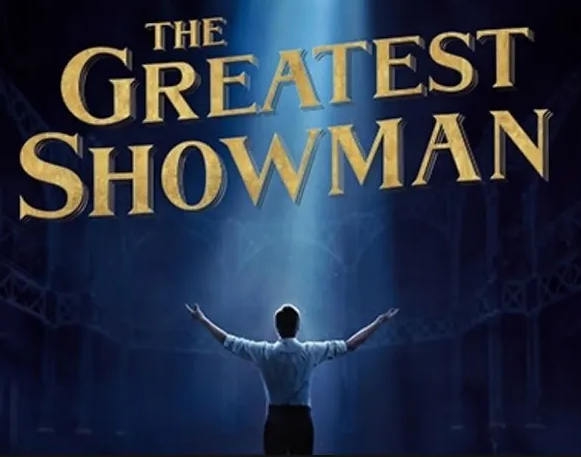 Hugh Jackman’s musical ‘The World’s Greatest Showman’ tells the story of PT Barnum’s creation of the Barnum and Bailey circus and is perfect fodder for the ambitious entrepreneur.

Aside from being an inspirational story and entertaining film – the use of PR tactics were very present and a great reminder of 4 simple yet timeless PR strategies that every business owner needs to use:

1. There is nothing more powerful then ‘word of mouth’.

What advertisers spend millions of dollars on – was achieved quite simply by the Barnum circus. The show was unlike anything anyone had ever seen – which is exactly what he was counting on. Now the popular term is called ‘ a grassroots campaign’- but if you can get people to talk to their friends, colleagues and family members about your product, story or brand – you have already won the battle of ‘attention’. Your job is to get other people talking about you. Obama’s 2008 election campaign which ingeniously combined the use of social media with local activism – and allowed voters to feel they were part of the story, not observing it from the sidelines. The ‘talkability’ factor is essential when looking at how to promote your business. The three questions you need to ask when talking about your services are: 1. why would people talk about it? 2. How is it different? 3. How can it help your clients?

2. Listen to your audience

Mr Barnum’s first audience were his daughters who said he needed ‘less dead things’ in his show, which led him to a tweak his business model – what started as a museum became an interactive, live entertainment show featuring unusual people and acts from all over the world. As entrepreneurs we can sometimes get stuck in our ‘head’ of what we want to provide instead of looking (and asking) what people want to see from us. Follow the momentum of what people engage with, what content they share and what part of your story resonates.

What does your ideal client want to see from you? Your PR goal will be found there. Its one thing to say ‘ I want to be featured in 20 media outlets’ but it’s a completely different goal to say ‘ I want a writing column in ‘Mind Body Green’ because that’s one of the key publications my clients engage with’. Find out where your clients are, where they want to be and what their biggest problem is. Once you know what people want – you can focus your PR efforts on showing them how you offer this solution – and show up where they already are.

As a former publicist, having a challenging journalist to deal with could literally make my stomach turn. But – I knew the best way to deal with the situation was to engage with them, not to ignore them. Mr Barnum brilliantly used bad press to his advantage. Upon seeing a negative piece about his show, instead of cursing the journalist he: paid for the piece to run in every paper across the country. Negativity doesn’t always mean reputation damage (of course there are exceptions here) but embracing controversy when you are doing something different can be a wise PR strategy.

Look at the recent crockpot debacle – through no fault of their own the owners have been caught in TV hysteria as a result of a story line where a faulty crock pot causes a housefire and kills off a main character. Their response has been savvy, engaging and clever (even starting a twitter account promoting their safety and getting people back in the kitchen).

Also, when you seek to build relationships with the very people who are there to criticise, it makes their job quite a bit harder to do – and in the long term can result in more neutral (or even positive) coverage for you and your business. Make journalists your friends and PR will come a lot more easily down the road.

4. Showcase your difference: The word ‘circus’ actually didn’t come from Barnum. When a critic called the show a ‘circus’ and the talent ‘freaks’ – the showman took these words as a badge of honor and used it in his own marketing.

People WANT to have something new to talk about. Give it to them. Sometimes seeing our own USP (unique selling point) is the hardest thing in the world, but if you don’t find it – you’ll never stand out. The fast-food chain KFC used took a spin on the ‘clean eating’ craze and created a laughable character that just pointed out what KFC was known for (and what it wasn’t), and who it was there is serve (hint if your name is Figgy, you probably won’t be loving this advert).

Be your own promoter

The theme of the film is about courageously being yourself – showing off who you really are and not hiding what makes you different. Your experience, your product, your service has been created for a reason and is there is stand out from other competitors. It’s your job as a business owner to find out what that X factor is, and talk about it. Unapologetically.

Rachel Reva is a publicity strategist, published author of ‘Grit, Grace and Hustle: A faith gal’s guide to authentic success’ and founder of the coaching and consulting company Life On Her Terms  Media. You can hear Rachel’s coaching inspiration series Coffee and Faith every Tuesday on Rhema 99.7FM.